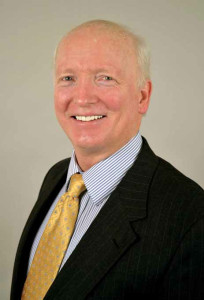 Steve “Doc” Troxel was born and raised in Oklahoma and has lived in Virginia for over 40 years. Doc rose to the rank of Full Professor at Liberty University where he taught for 21 years. His students gave him the moniker “Doc” when he earned his Ph.D. at the University of Virginia in 1996. His peers selected him as Advisor of the Year, also in 1996. His students selected him as “Communication Studies Professor of the Year,” and the Office of Student Affairs awarded him the “Modern Day Hero Award” for his exceptional work in helping students launch into their adult lives. He is an award winning videographer, and with his students provided videos over the years to – among many others – the Bedford County Sheriff’s Department, Central Virginia Crime Stoppers, the Lynchburg Police Department, and the Danville Regional Hospital.

Doc has served as Chairman of the Lynchburg Republican City Committee and mentors other Republican leaders. He has served the Sixth District as a representative to the State Central Committee since 2016.

Doc currently serves as chairman of the local board of Central Virginia Community College, and he regularly serves in the television ministry of his church. He has been a certified swim meet Starter and Referee and has served as Chairman of the Lynchburg Aquatic League. He is a published author and continues to write both fiction and non-fiction works. He owns SingleTree Media, LLC, a social media marketing firm that he and his son operate together.

Doc and his wife, Rosie, have been married more than 38 years. They have two grown children.

Doc is completing his first term as a Sixth District Representative on the State Central Committee. During his successful election campaign in 2016, Doc promised to provide education to grassroots Republicans so that you can knowledgeably engage in the political process. Doc has kept that promise by writing a weekly political newsletter for four years (over 200 total articles can be found by clicking on “Doc Says” in the menu above), by cohosting the political podcast “Grassroots Heartbeat,” by writing a bi-weekly column for the Waynesboro “News Virginian,” and by frequently publishing articles in “The Bull Elephant” on-line journal.

Doc frequently travels the District from Lynchburg to Bath County, and from Warren County to Roanoke, to stay in touch with the needs and concerns of the Republicans he represents in our widespread district.

As a respected member of the State Central Committee, Doc votes for and eloquently speaks in defense of and in pursuit of the values important to Sixth District Republicans.

Doc has developed relationships with members of the State Central Committee that help grassroots conservatives win more votes than what would seem possible on paper. He likewise is a behind the scenes leader in trying to heal the division within the Sixth District so that we can get about our real business, which is defeating Democrats.

I subscribe to the Republican Creed as adopted by the RPV.

I believe that every citizen – regardless of race, color, or creed – should fulfill his/her role in the exercise of government and in the defense of our freedoms. I believe that every citizen has the responsibility to protect those who need protection and to oppose those who take unfair advantage of others. I further believe that the federal entitlement system has stolen the initiative and self-respect of poor people and has, with its regulations, destroyed their families. I believe that we should give every individual the same opportunity without forcing every individual to achieve the same outcome.

I believe that governments around the country, and the Federal Government in particular, have gotten so big that they often trample on the religious, property, and personal rights of our citizens. We need to elect representatives at all levels who will reign in these abuses and address the genuine grievances of citizens who have been unjustly harmed.

I believe that our regular military and national guard should be fully funded to defend our nation. They should not be used as an offensive tool for political advantage. Further, I believe that a strong national defense can only be achieved by a fully armed citizenry as provided by the Second Amendment to the Constitution. The founders of this country, the authors of the Constitution, intended for our country’s citizens to be in a strong position to defend ourselves against all enemies, both foreign and domestic. It is incumbent on us to preserve the right of self-defense by preserving the rights set forth in the original documents.

I believe that the security of our freedoms is found first in the God of Creation who ‘endowed us with certain unalienable rights’ and next in the Constitution. All other legal considerations in this country should be secondary to those two sources of liberty.

I believe that life begins at conception, and that no individual should be forced to take part in the cessation of unborn life by the use of their tax dollars.

I believe that marriage is defined by God not by the U.S. Supreme Court.

I believe that citizens of this country who maintain faith in God should give the condition of our government a higher priority than we have been. Our government is in the condition it is in because of our neglect in allowing people into office who don’t live their lives and govern our lives by God-ordained morals.